Through the Lens of Time: Boat People

Among the many human tragedies of the conflict in Vietnam was the remarkable odyssey of the Vietnamese "boat people." Throughout the early months of 1975 there was mounting anxiety in South Vietnam over the possible collapse of the government. In anticipation of that event, thousands of South Vietnamese began preparing to flee the country. Motivated by the expected political chaos and fears of persecution, some fled overland to Cambodia, although the majority sought to escape by sea. Thousands of people bought passage on small, rickety, and often unseaworthy wooden boats to flee across the Gulf of Thailand or the South China Sea, giving rise to the term "boat people." More than a million Vietnamese and Hoa (Chinese-Vietnamese) fled their country by boat over the next two decades.

The boat people faced significant challenges right from the start. The typhoon season in Southeast Asia makes travel by sea very dangerous; Thai pirates were a constant threat; gathering supplies was difficult, and most were left with little or no money after paying money for boat passage and bribes to allow them to leave. Many of the boat people initially found asylum in camps in the Philippines, Thailand, Malaysia, and Indonesia. Some even reached Japan and South Korea. The first waves of boat people in 1975 headed for southern Thailand, the nearest landfall. As attacks by Thai pirates increased, their destination shifted to Malaysia, despite the additional mileage and longer time at sea. As conditions in Vietnam worsened in 1976, their numbers rose dramatically, reaching a high of over 21,000 in November alone, a figure larger than the entire total of l5,690 for 1977. When tension between Vietnam and China intensified a year later, ethnic Chinese became a majority of the boat people. During the first seven months of 1979, most of the 66,000 who had reached Hong Kong were ethnic Chinese.

According to the United Nations High Commissioner for Refugees (UNHCR), a total of 214,555 refugees had escaped to Hong Kong after 1975, 160,000 had reached Thailand, 51,722 had arrived in the Philippines, 121,708 in Indonesia, 254,495 in Malaysia, and 1,400 had been granted temporary refuge in South Korea. Many of the boat people who survived these perilous journeys were granted asylum in various Western countries, although a smaller number repatriated to Vietnam. In recent years small numbers of boat people have continued to flee Vietnam. In May of 1999 the last remaining Vietnamese refugee camp at Pillar Point in Hong Kong was formally closed by the government, bringing to an end the long odyssey of the Vietnamese boat people. 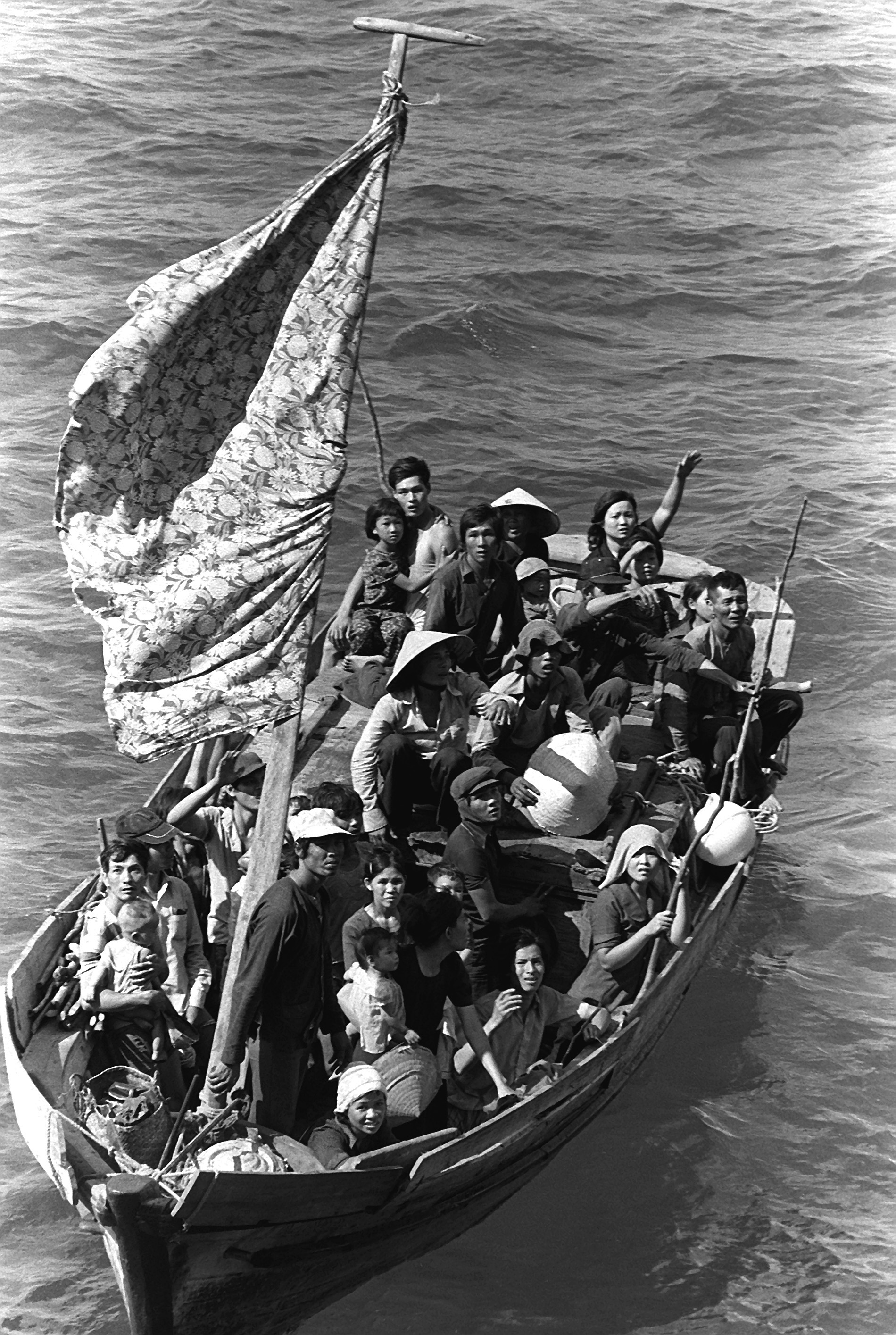