Through the Lens of Time: Operation New Arrivals 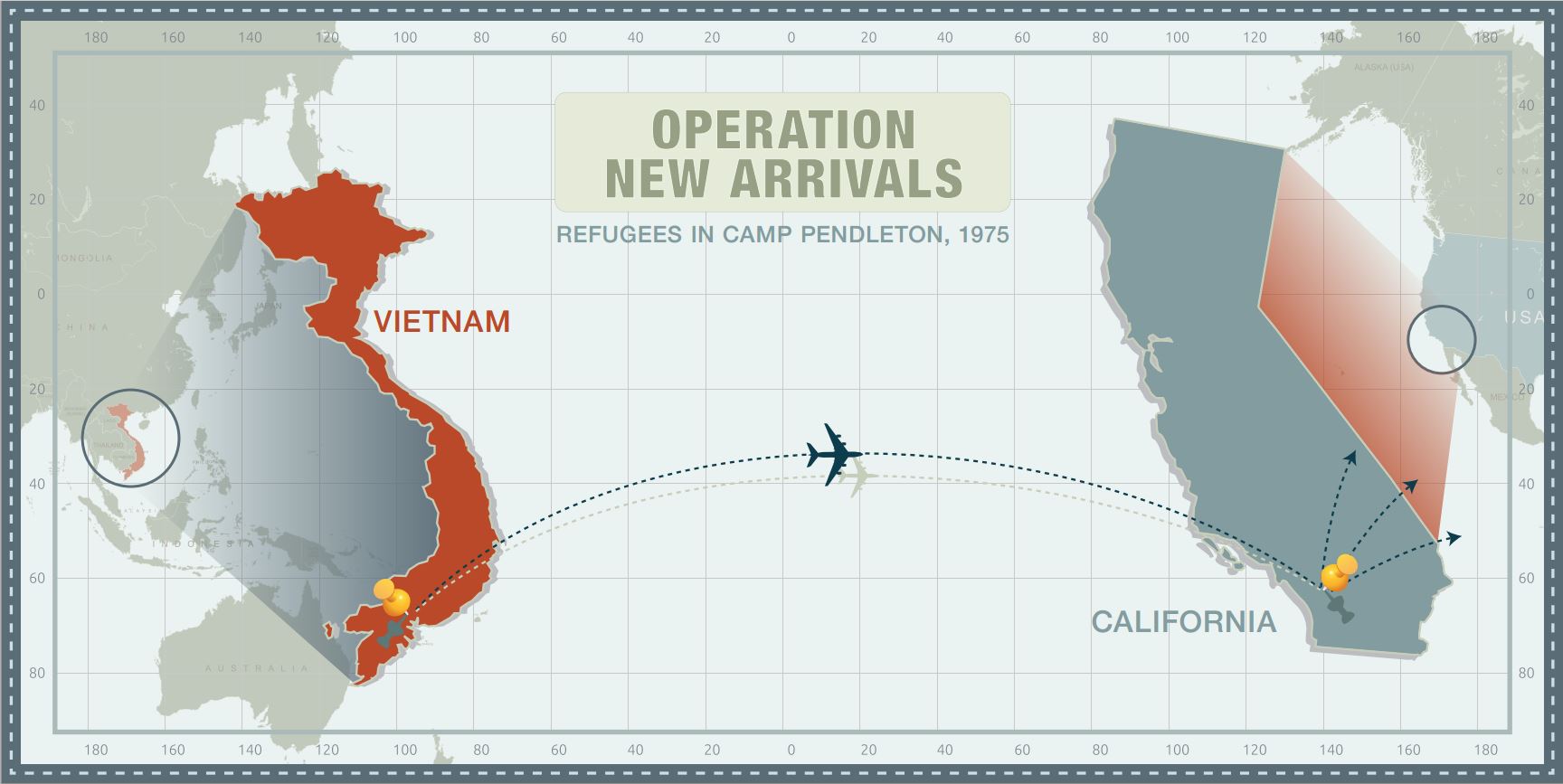 The end of the Vietnam War began a humanitarian crisis for 10 million South Vietnamese refugees.  United States President Gerald Ford arranged for many of those refugees to relocate in the United States.  Camp Pendleton MCB, California became one of four camps constructed to process these refugees and future U.S. citizens; thus began “Operation New Arrivals:”

At 7:20 a.m. on April 28, 1975, General Paul Graham, Commanding Officer of Marine Corps, Camp Pendleton, CA received an official telephone call of particular importance from Headquarters, United States Marine Corps.  General Graham was told that Camp Pendleton had been chosen as one of four military bases in the United States to house Vietnamese refugees.  General Graham was told to prepare living spaces for as many as 18,000 refugees that would arrive the next morning.

Hundreds upon hundreds of tents were erected in the northern most portion of Camp Pendleton (near Interstate 5 & Christianitos), covering base areas known as Camp Talega and San Mateo. By the end of Operation New Arrivals, a total of 8 large tent camps with their accompanying facilities were erected, and 50,424 refugees gained United States sponsorship and a new start.