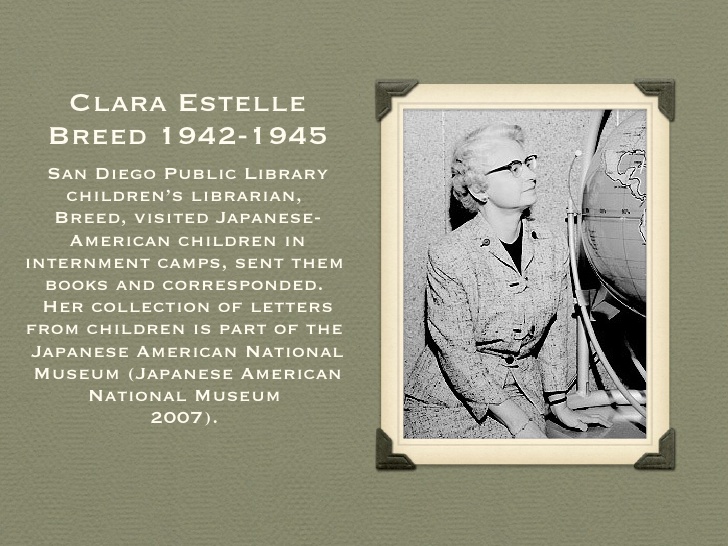 During the 1940's, Clara Estelle Breed was a children's librarian at the San Diego Public Library. She was known as the beloved "Miss Breed" to local children, including the many Japanese-American children and teenagers who frequented her workplace, the East San Diego Branch Library. After the bombing of Pearl Harbor, all Japanese Americans living on the West Coast were placed into concentration camps. Among the more than 120,000 individuals incarcerated without due process of law were Breed's young friends, most of whom were U.S. citizens. Miss Breed's "children" and their families were "relocated" from San Diego to Poston, Arizona, a detention camp also known as Colorado River.

Shocked and outraged, Breed helped the children by becoming a lifeline to the outside world. On the day of their departure at the San Diego train station, she distributed stamped and addressed postcards to her young friends, asking them to write to her. Breed became a sounding board for the children's thoughts, frustrations, and fears. She wrote back, often including care packages of candy, soap, and, of course, books, as well as immeasurable emotional support. 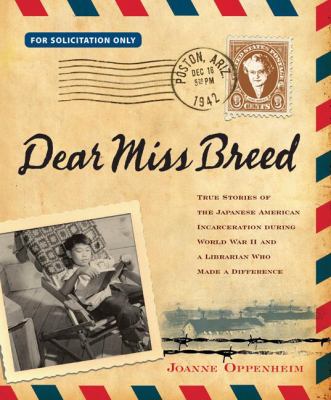 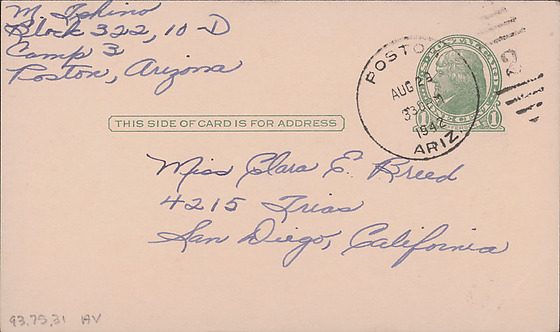 Miss Breed continued correspondence with many of her "children" into their adulthood. 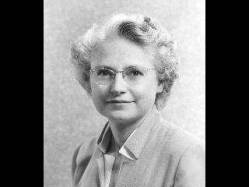 Clara Breed was born in Fort Dodge, Iowa, in 1906. Her parents were Estelle Marie Potter and Reuben Leonard Breed, a Congregational minister. The family lived in New York and Illinois, before moving to San Diego in 1920 following the death of Reuben Breed.  A 1923 graduate of San Diego High School and a 1927 graduate of Pomona College, Breed received her master's degree in library science from Western Reserve University.

[Source: Biographies of People at Poston] 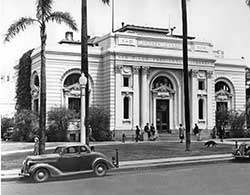