The 442nd Regimental Combat Team (including the 100th Infantry Battalion) was comprised entirely of Japanese American men. Soldiers included those who were already living in the 10 internment camps, as well as volunteer enlistees from Hawaii and areas of the United States outside of the "exclusion zone." Japanese American men who were already enlisted in the armed services were transferred to this unit. The Team was activated at Camp Shelby, Mississippi on February 1, 1943 and were sent to Italy in April of 1944.  The unit first engaged in combat in June of 1944. 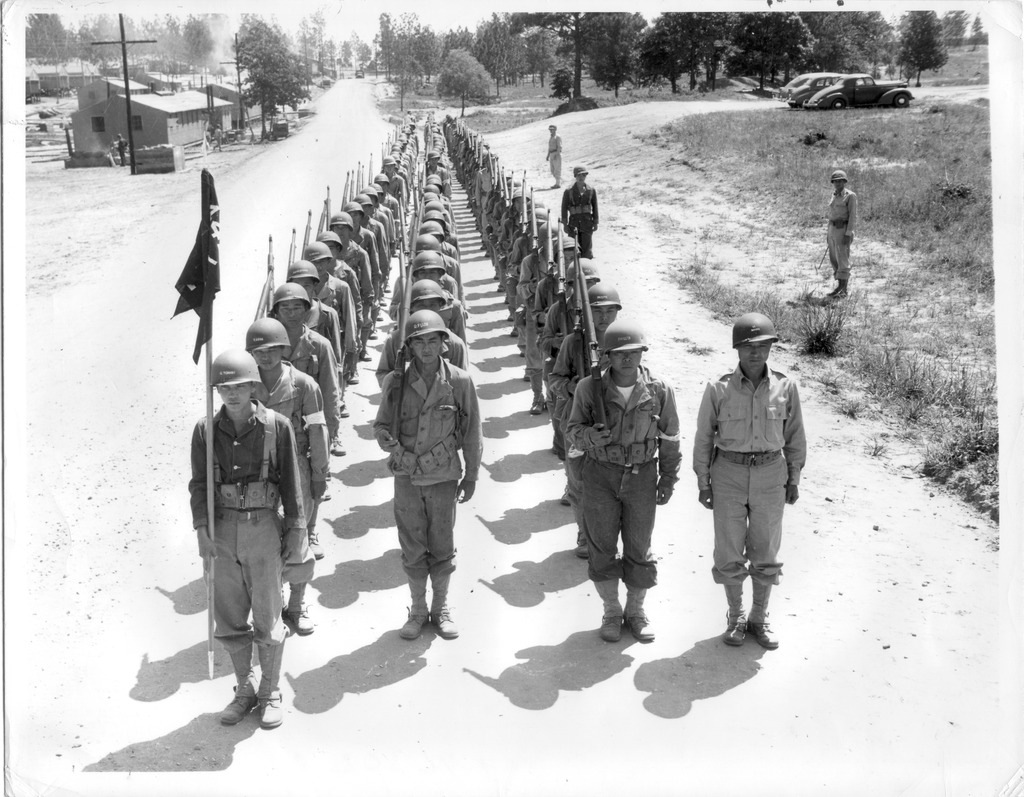 The 442nd fought in five major battle campaigns and were honored for their extraordinary heroism. The unit received seven Distinguished Unit Citations from the President, which is the highest honor a unit can receive. Individuals in the 442nd received 21 Medals of Honor, over 4,000 Purple Hearts, 29 Distinguished Service Crosses, 588 Silver Stars, and more than 4,000 Bronze Stars for their bravery in action. A notable event in the 442nd's history was their rescue of the "Lost Battalion." Overall, the 442nd remains the mostly highly decorated combat unit in American warfare history for its size and length of service.

These men fought for their country, despite the turmoil and adversity at home, and as citizens whose loyalty was doubted.

Web Resources on the 442nd