The architectural element most associated by Westerners with the Chinese garden, and the most imitated abroad, is the “moon gate” or circular door, also called yuemen.  Other popular types of geometric and symbolic portals and windows through the walls include plum blossoms, gourds, leaves, vases, jars, and peaches.  These portals and windows frame views into and out of the garden rooms, all of which add layers of allusion to the landscape scene.   They are also used to separate thematic units and to organize sequences of different scenes; and while separating them they also connect them into a visual narration by means of openings varying widely in their forms.  These windows can either be open or grilled with ceramic or plaster traceries of geometric or symbolic forms. These ‘tracery windows’ pierce the wall with light, and allow glimpses to and from adjacent spaces.

In 1743, French Jesuit missionary to China, Jean-Denis Attiret, wrote a letter in which he describes the moon gate:

It was necessary for me to come here [to China] to see doors, windows of all types and shapes: round, oval, square, and polygonal of all sorts, fan-shaped, flowers, vases, birds, animals, fish, in short, any form either regular or irregular.”  The doorways between different parts of the garden may in fact be rounded or of complex outline, inspired by natural elements or man-made objects, as is the case of circular doors, called yuemen, “moon gate”, or doors shaped like a vase, leaf, petal or flower.

During Lunar New Year, there are many rituals and traditions associated with doors and gates. On the last night of the year, the male head of the household seals door cracks with red paper to prevent bad luck from coming into the house, as well as good luck from escaping. Too, images of laughing babies and door gods adorned front gates to guard against evil spirits. People would also hang couplets handwritten on bright red paper (duilian) on doors, expressing best wishes and long life. At dawn, the head of the household would ring in the New Year by unsealing the front door and open it to let in good fortune. Household members avoided using brooms for fear of sweeping out any accumulated luck. 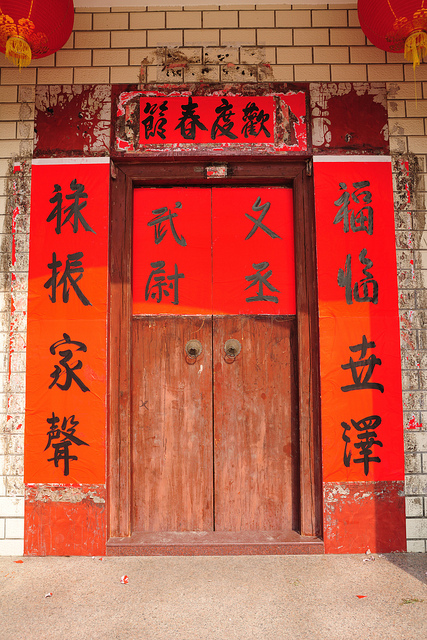 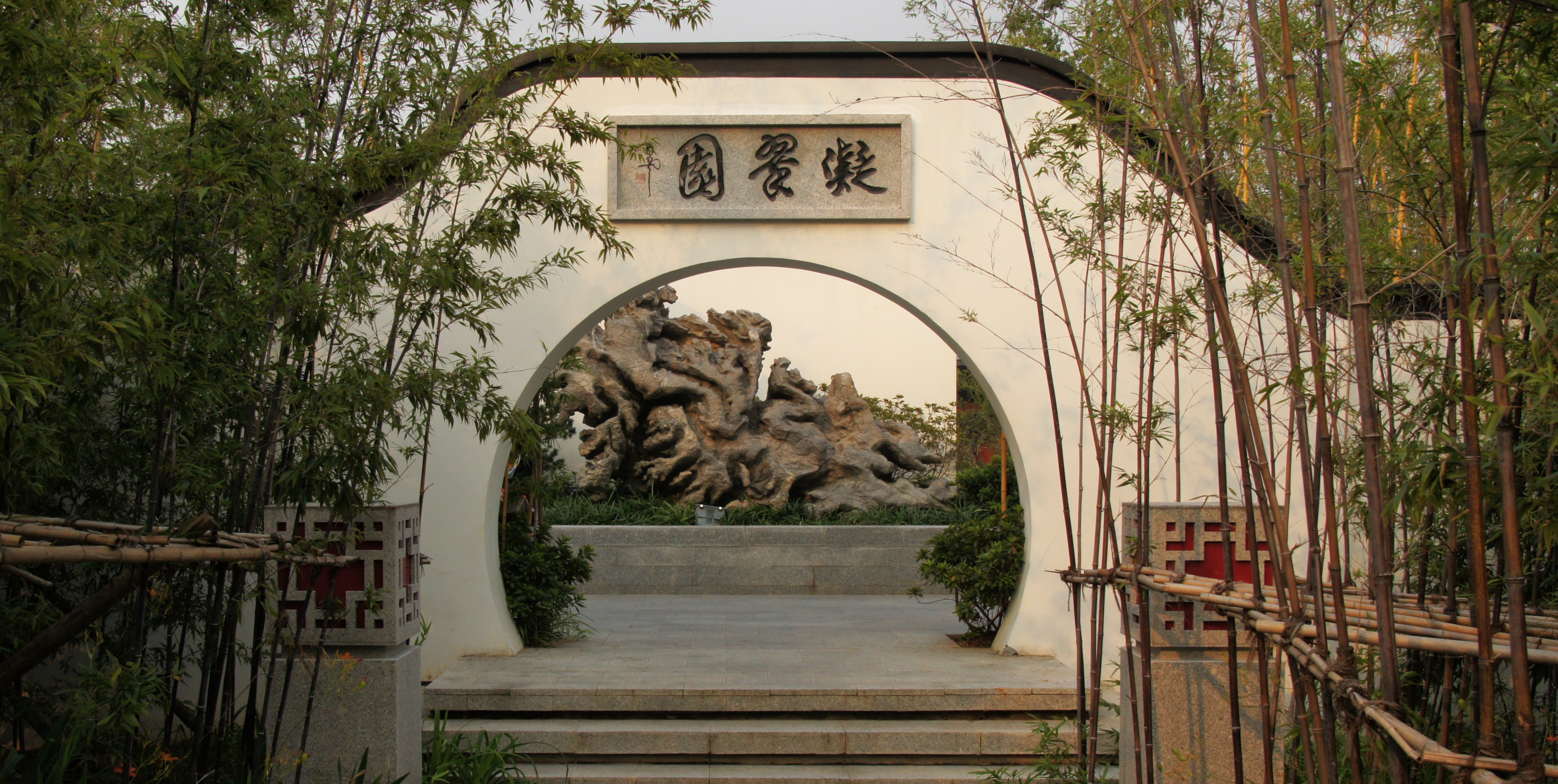 Red lanterns have a long, storied history in China and are regarded as symbols of prosperity. According to the Taoist philosophy of the Five Elements – Wu Xing, the color red is associated with good fortune and long life, and is seen as particularly auspicious. Red is also metaphorically associated with fire, which wards off evil spirits.

Red lanterns feature prominently in the Chinese Lantern Festival which dates as far back as the Shang Dynasty (1766-1045 BCE). The Chinese Lantern Festival is held on the 15th day of the first lunar month (Yuan). Since lunar months are calculated from new moon to new moon, this cultural observance heralds the coming of spring by celebrating the first full moon after the New Year. The Lantern Festival also honors deceased ancestors and promotes peace, forgiveness, and reconciliation. During the festival, houses are decorated with bright lanterns and people feast on small, fruit or nut-filled glutinous rice balls called yuan xiao or tang yuan. The roundness of these delectable treats symbolizes the wholeness of family. 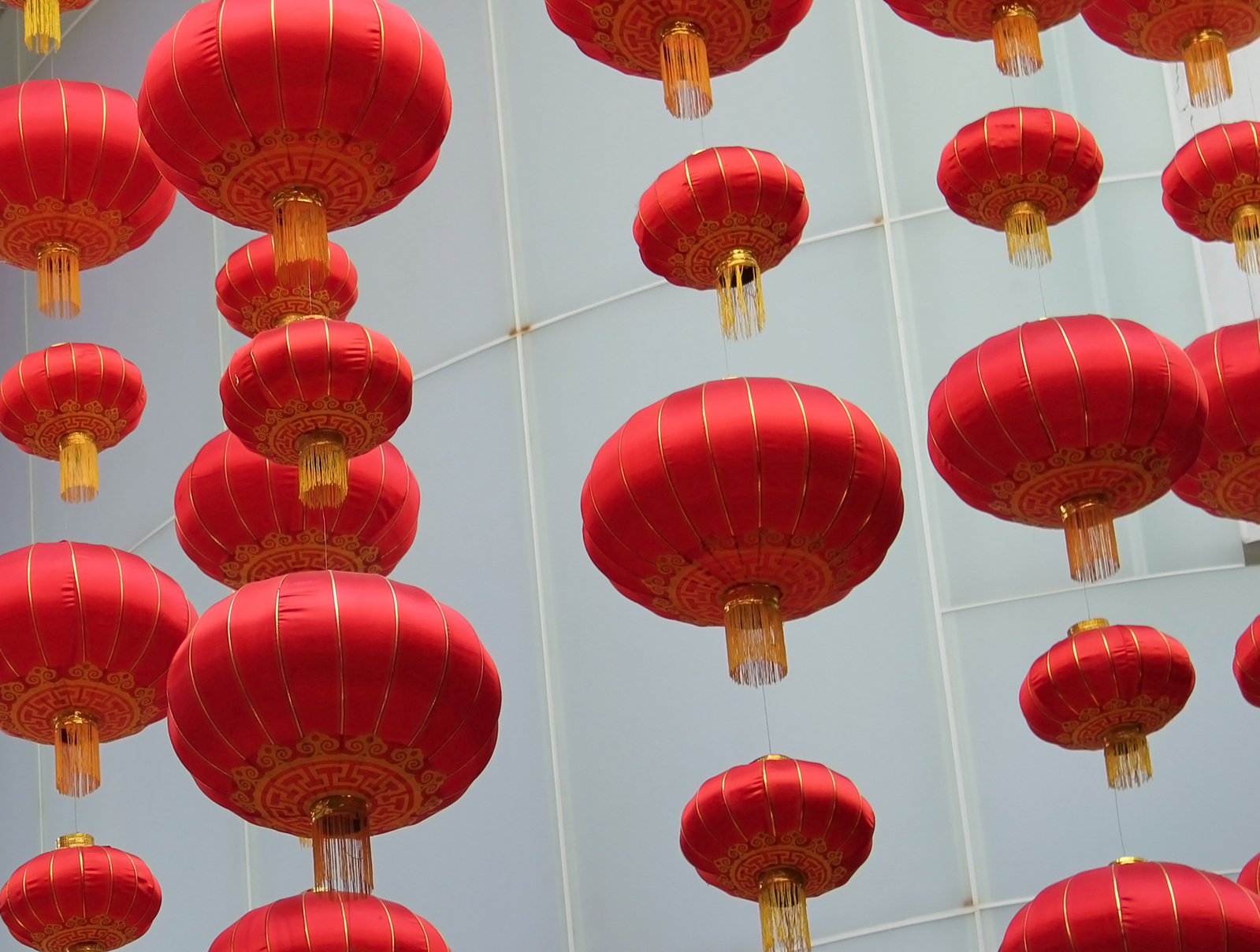 Before electricity came into use, the festival celebrated the end of winter’s darkness with people moving throughout their communities at night using man-made lanterns. The festival also served as the perfect venue for creative artisans to highlight their decorative lantern designs. Creating lanterns involved a variety of craft techniques such as Chinese painting and paper-cutting, and many types of materials were used in the construction including wood, bamboo, paper, and silk. Originally conceived as a practical lighting solution, lanterns have come to symbolize so much more in Chinese culture. You will often find lanterns embellished with lantern “riddles” containing hopeful, uplifting messages of good fortune, family, harvest, and love. In addition to lighting lanterns, festival goers also enjoy watching the “lion dance” where two actors are placed in a lion suit; one manipulates the head, and the other manages the body.

There are several origin stories associated with the Chinese Lantern Festival; one legend tells the story of You Di, the Jade Emperor, whose anger was aroused by the death of his beloved crane. He planned to destroy the town responsible for the deed. However, a benevolent fairy advised the townspeople to light lanterns across the town. The light fooled the emperor into thinking the town was already destroyed, and so the people were spared from his wrath. Thus, the Chinese Lantern Festival commemorates this event. Others say that the Festival honors Ti Yin, the god of the North Star, who is viewed as the balanced embodiment of the opposing principles of yin and yang, because he never changes his position in the sky. 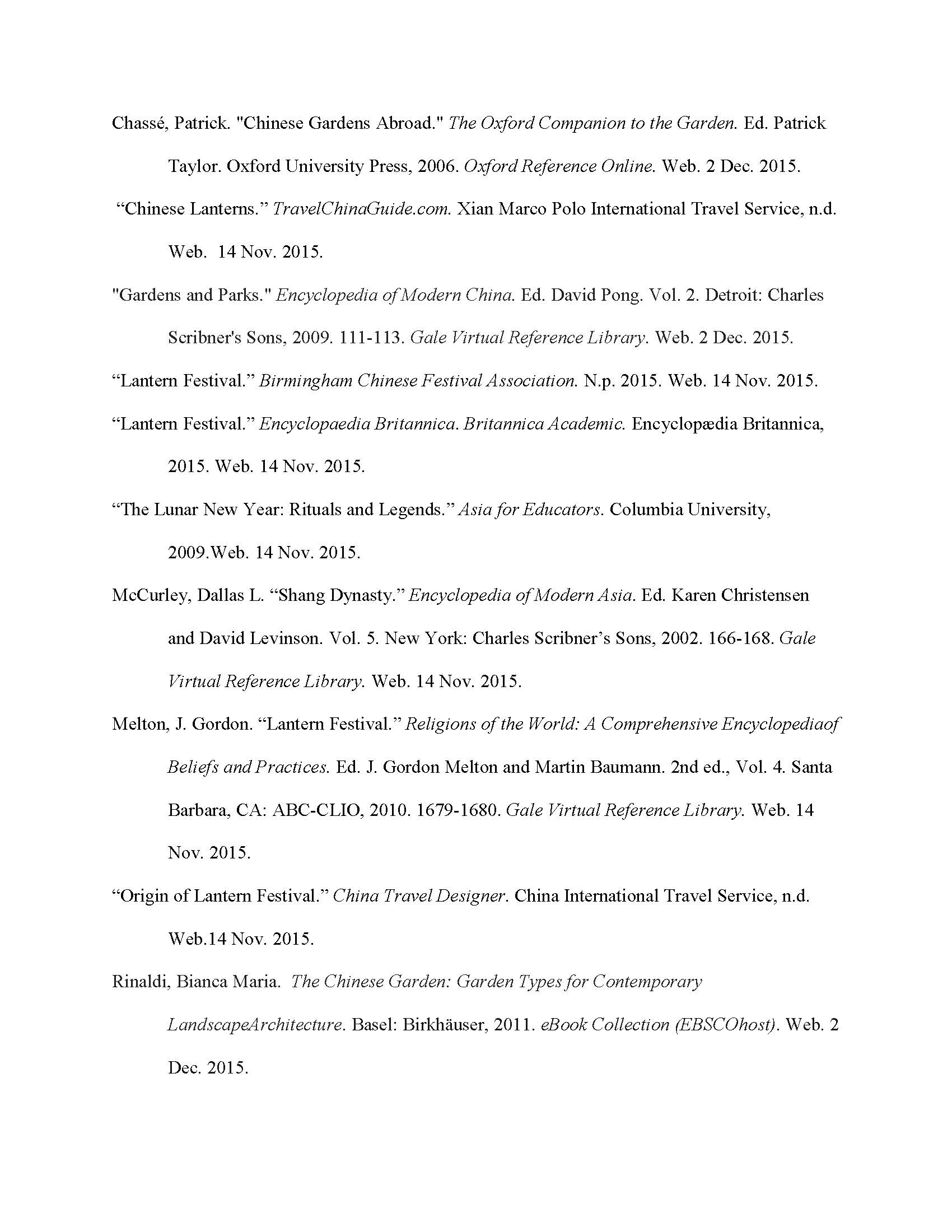 The content for this page was made possible by the hard work of Associate Librarian Lalitha Nataraj and Amanda Kalish.