The U.S. was drawn into Vietnam during the Cold War era, when Western governments feared the spread of communism. In the years before getting involved militarily, the U.S. funneled millions in supplies and resources to the South Vietnamese, hoping to build an infrastructure to withstand pro-communist insurgents and aggression from the North. Operation Rolling Thunder was a massive bombing campaign intended to send North Vietnam “back to the stone age.” It coincided with the first wave of American combat troops, who came ashore in March of 1965. 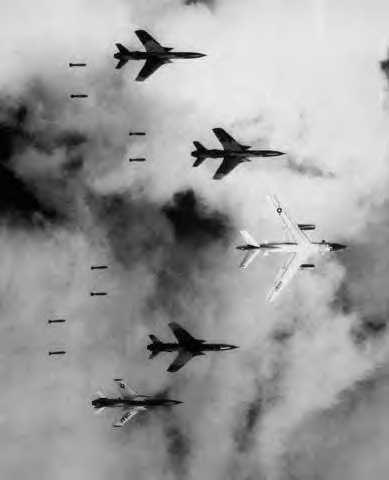 Vietnam was the first televised war in history. Violence and horror were brought into living rooms nightly, with news coverage of body bags returning home and graphic images of combat. President Johnson never asked Congress for an official declaration of war. Instead he referred to American involvement as a “conflict” and downplayed it to the public. Later, the North Vietnamese tortured captured American soldiers, claiming the prisoners weren’t exempt from such treatment because it wasn’t officially a “war.”

The Americans expected the war to be waged quickly—some thought in as little as three months—but in fact it would drag on for ten years. The North Vietnamese couldn’t match the U.S.’s superior military might, but prolonged the war through the use of booby traps and guerilla tactics. In Vietnam, there were no front lines, as there has been in the earlier World Wars; instead, the enemy was dispersed throughout villages and the impenetrable jungle. The Ho Chi Minh Trail, a 12,500-mile supply route running North to South, was instrumental in the North’s ultimate victory. The Americans were unable to stop the flow of supplies, and the roads that branched off the Trail enabled the communists to attack all over the South. U.S. support for the war waned throughout the sixties as the body count climbed and the anti-war movement gained ground.

Protest took the form of civil disobedience and massive demonstrations on college campuses, in big cities, and at the nation’s Capitol, where one march drew 500,000 demonstrators. At the 1968 Democratic Convention in Chicago, police were televised violently beating and arresting protesters with clubs. Eventually, even members of Congress and Vietnam vets began to join the protests.  The winds of resistance and turmoil were blowing decisively against our continued involvement in the devastating and seemingly unfavorable conflict in Vietnam.

The war didn’t end until April of 1975, when the last American troops were airlifted out of Saigon. 58,000 Americans went missing or lost their lives in Vietnam. Millions of Vietnamese on both sides of the conflict perished. A majority of Americans believed the war was a mistake, and their attitude toward returning veterans ranged from ambivalent to disapproving. Veterans struggled with feelings of disgrace, or significant health problems related to the herbicide Agent Orange, or from the harrowing symptoms of Post-Traumatic Stress Disorder. In the post-Vietnam years, Congress reasserted its influence over foreign policy. The War Powers Resolution, enacted in 1973, mandates a 48-hour notification of any troop deployment and automatic withdrawal within 60 days in the absence of Congressional approval. The rallying cry “no more Vietnams” has swirled around every potential geopolitical conflict the U.S. has subsequently faced. 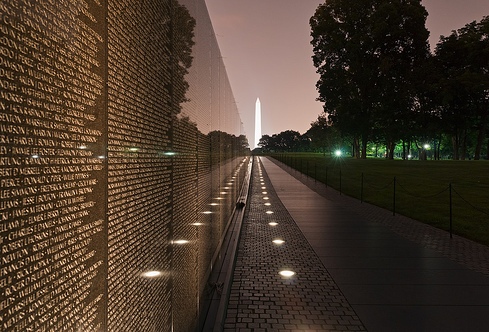 In 1982, the Vietnam Veterans Memorial was dedicated in Washington, D.C. The names of the dead and missing soldiers are inscribed in the polished black granite of the elegant sculpture, which draws many visitors annually. The country’s healing had begun.